The Complete Guide to the Portes du Soleil 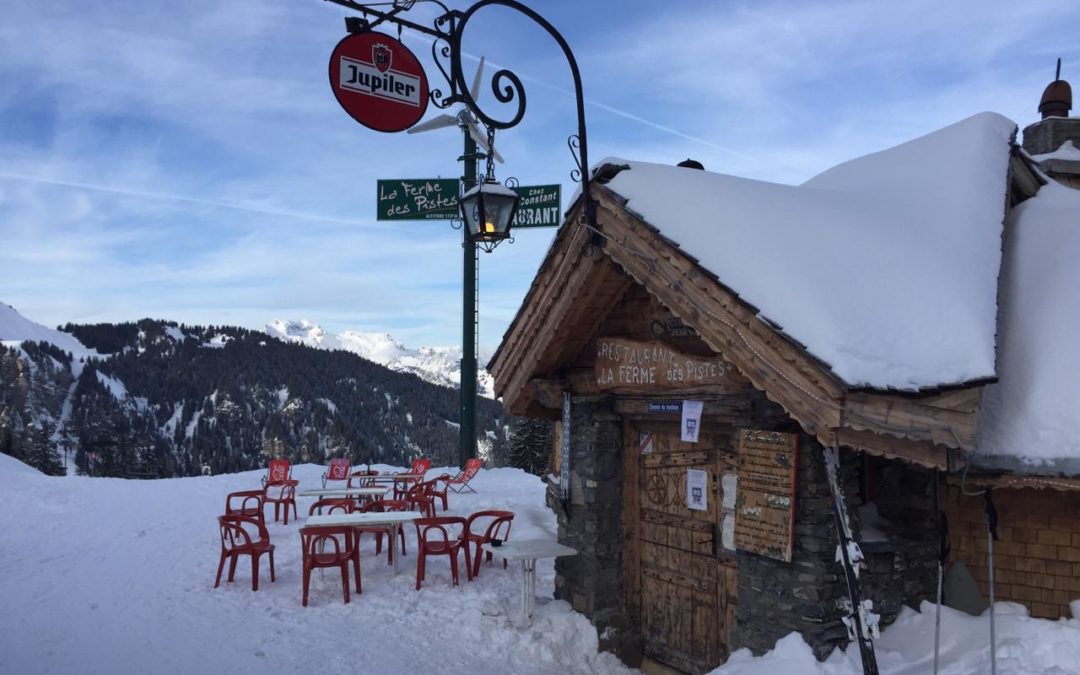 You may be aware that the Portes du Soleil is one of the largest linked ski resorts in the world. It covers 650km of ski runs which link 12 different resorts across France and the French-Swiss border. So if you’re looking for an adventure then the Portes du Soleil circuit is a fantastic way to explore the area and take in some of the resort’s amazing views across both France and Switzerland.

What is the Portes du Soleil circuit?
It’s a huge loop around the Portes du Soleil and there are different variations but generally speaking it incorporates some well known resorts in France such as Châtel, Avoriaz and Morzine, as well as some quieter ones on the Swiss side. You’ll be able to enjoy some of the best views of the Portes du Soleil which includes Dents du Midi mountain range and Lake Geneva. This is also a great way to explore if your holiday coincides with the peak weeks as you’ll be able to escape some of the busy pistes during half term weeks. It’s best to have a look at the piste map and decide which route you would like to take. This route below takes around six or seven hours – it depends how long you stop for lunch and your number of coffee stops! 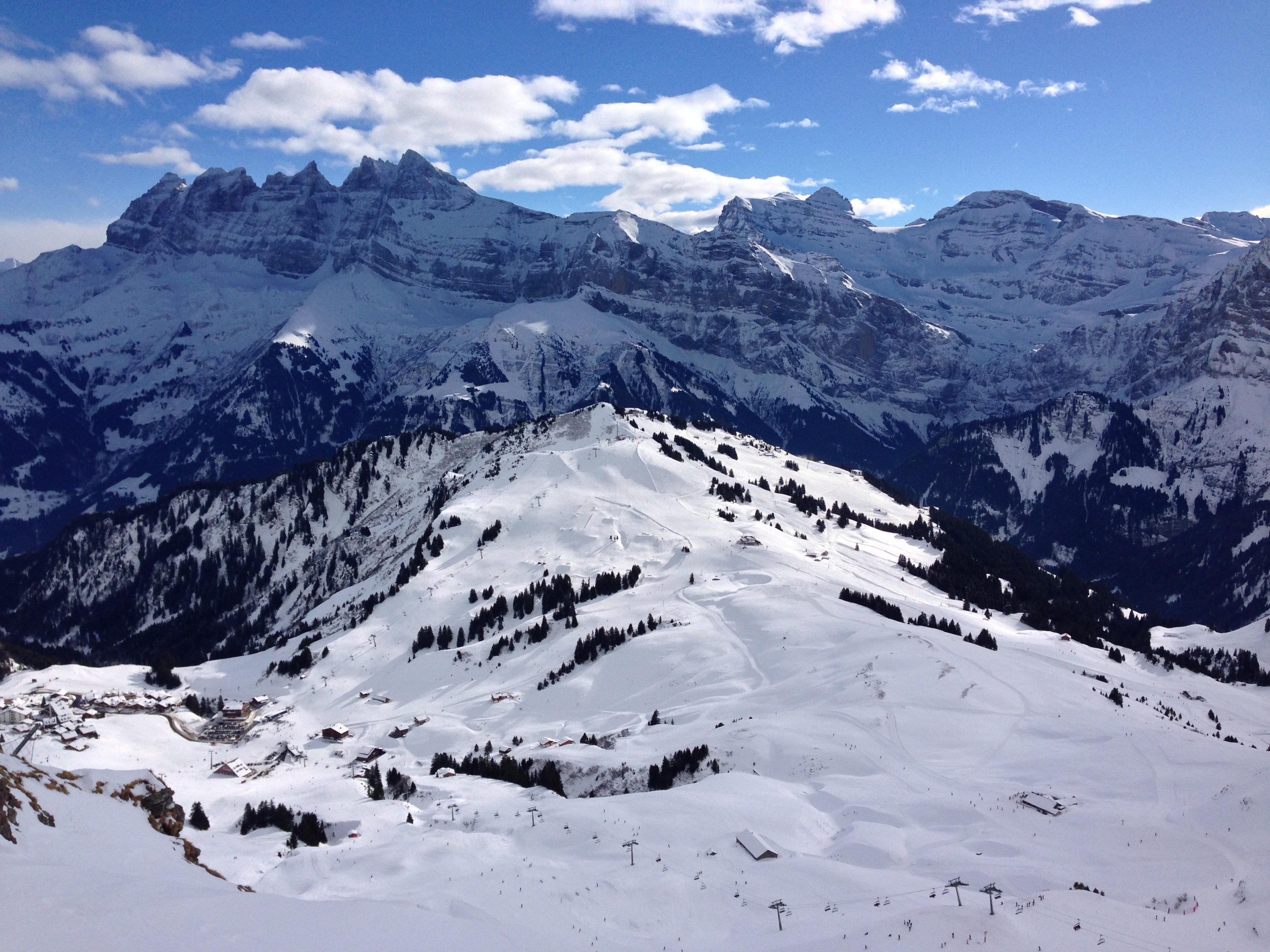 Know before you go
You’ll need a full lift pass to have access to the whole circuit and it’s best to wait for good weather conditions as this will give you the best views. Also, you don’t want to get stuck due to bad weather in case the wind picks up and the chairlifts are closed while you’re in Switzerland! The circuit will take a full day, so it’s therefore advisable to set off early and get the first lift. Be sure that everyone in your group is comfortable on different kinds of lifts and runs. You’ll encounter blues, reds and flats along with button lifts and T-bars so bear this in mind and be prepared!

Where to start
The full ski pass for the Portes du Soleil covers the following towns: Avoriaz, Les Gets, Châtel, Champery, Les Crosets, Morgins and Champoussin. The circuit can take in all of these areas on around 65 kms of adventure. Suggested starting points include Prodains, Super Châtel or Ardent – head for the Chaux Fleurie chairlift in the picturesque village of Linderets (the goat village). 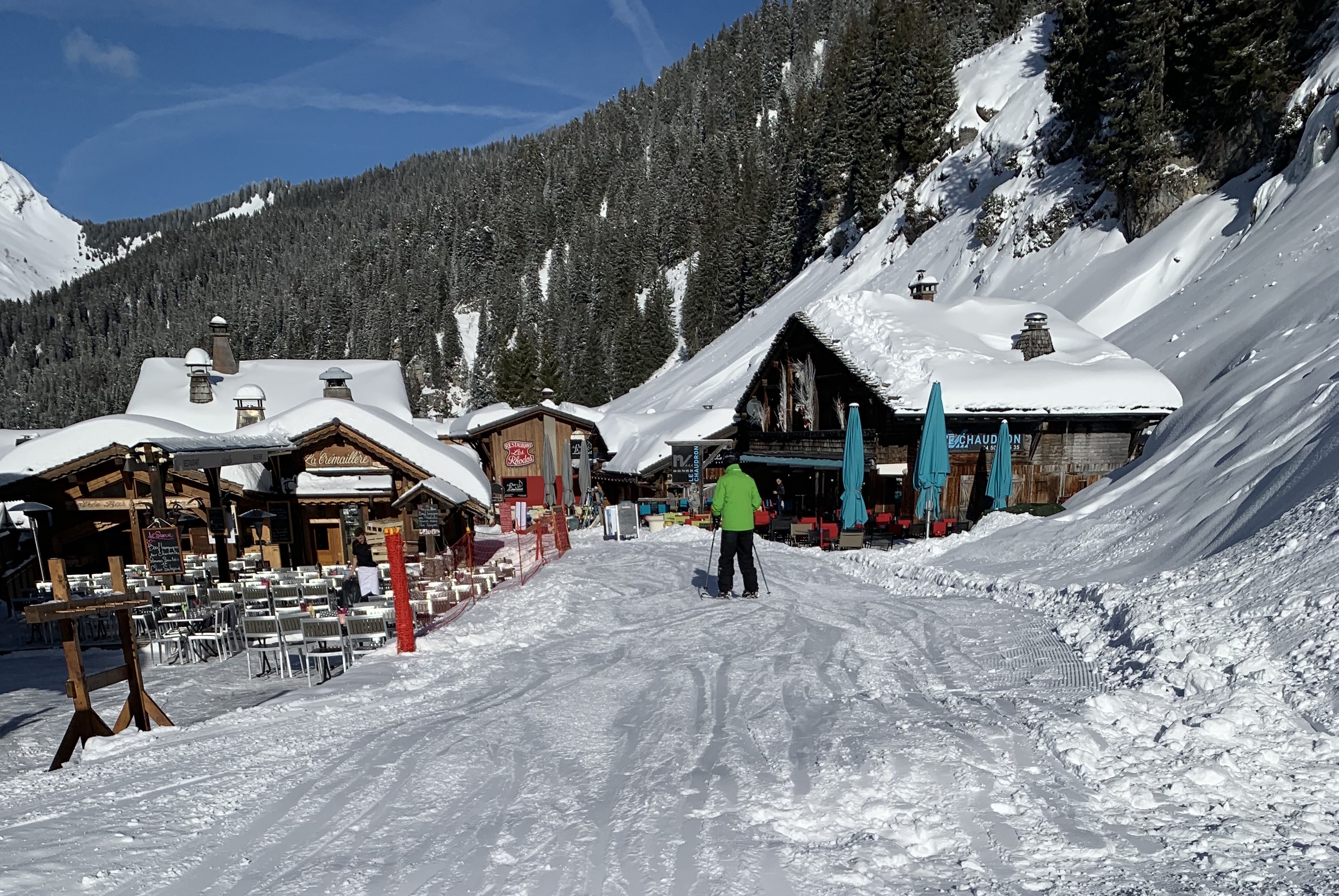 Châtel, France
Once down Chaux Fleurie make your way over to Plaine Dranse (home to the little chapel) and look for the Chaux des Rosèes lift and ski to Les Combes. 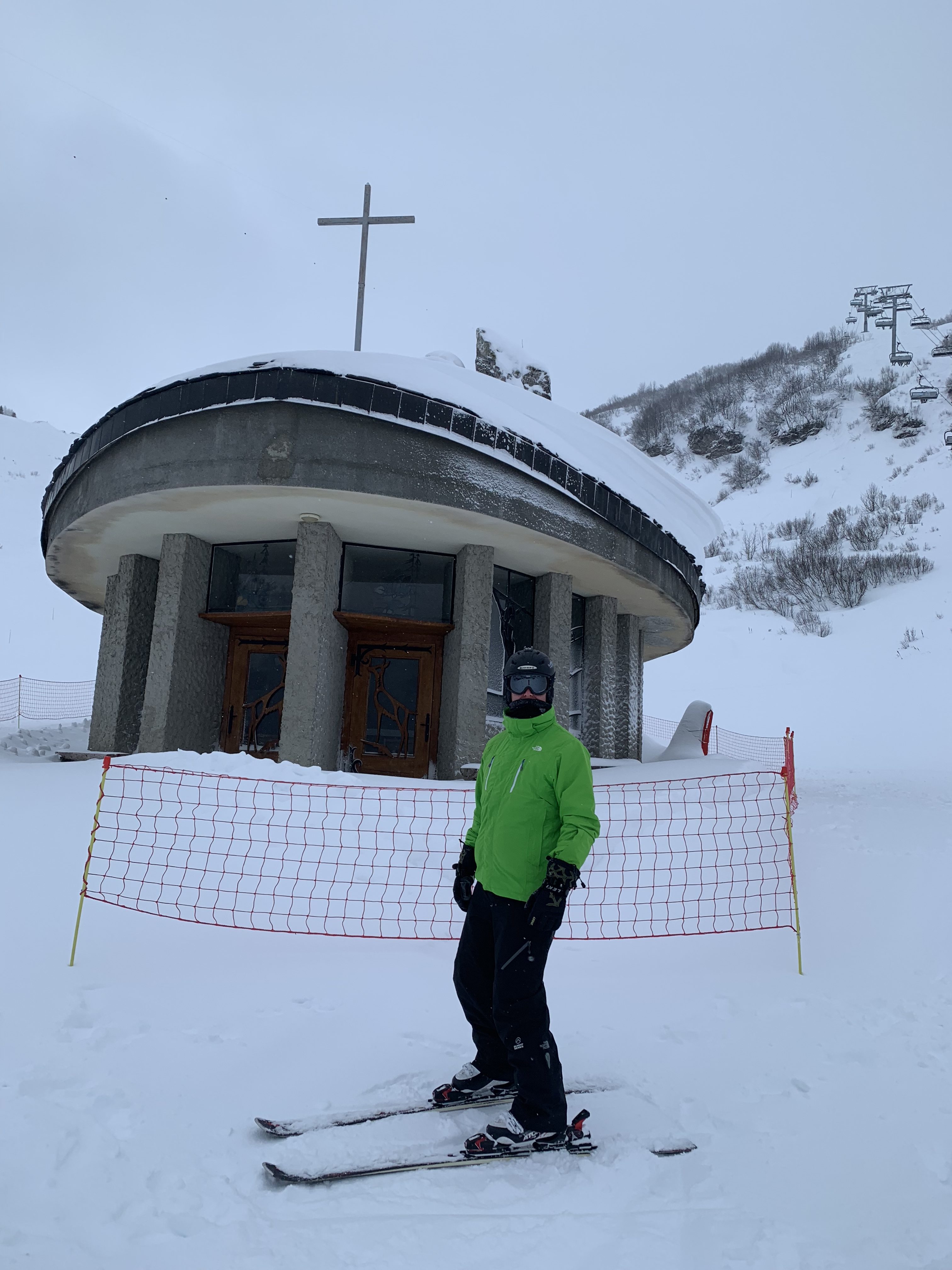 You can enjoy some wide blues and there’s a red run here known as Linga that can be great fun. It’s sometimes icy though and there is a blue that goes around the outside which offers a slightly easier way down. Look out for a little mountain restaurant called La Ferme des Pistes.

It has a beautiful, cosy interior with an amazing fire and makes the perfect pitstop. Next up, keep a look out for the Gabelou chairlift which will take you up and over the mountain and then look for the Portes du Soleil chairlift to the Super Châtel area. You’ll then need to find the Coqs drag lift and head for the Morclan chairlift. 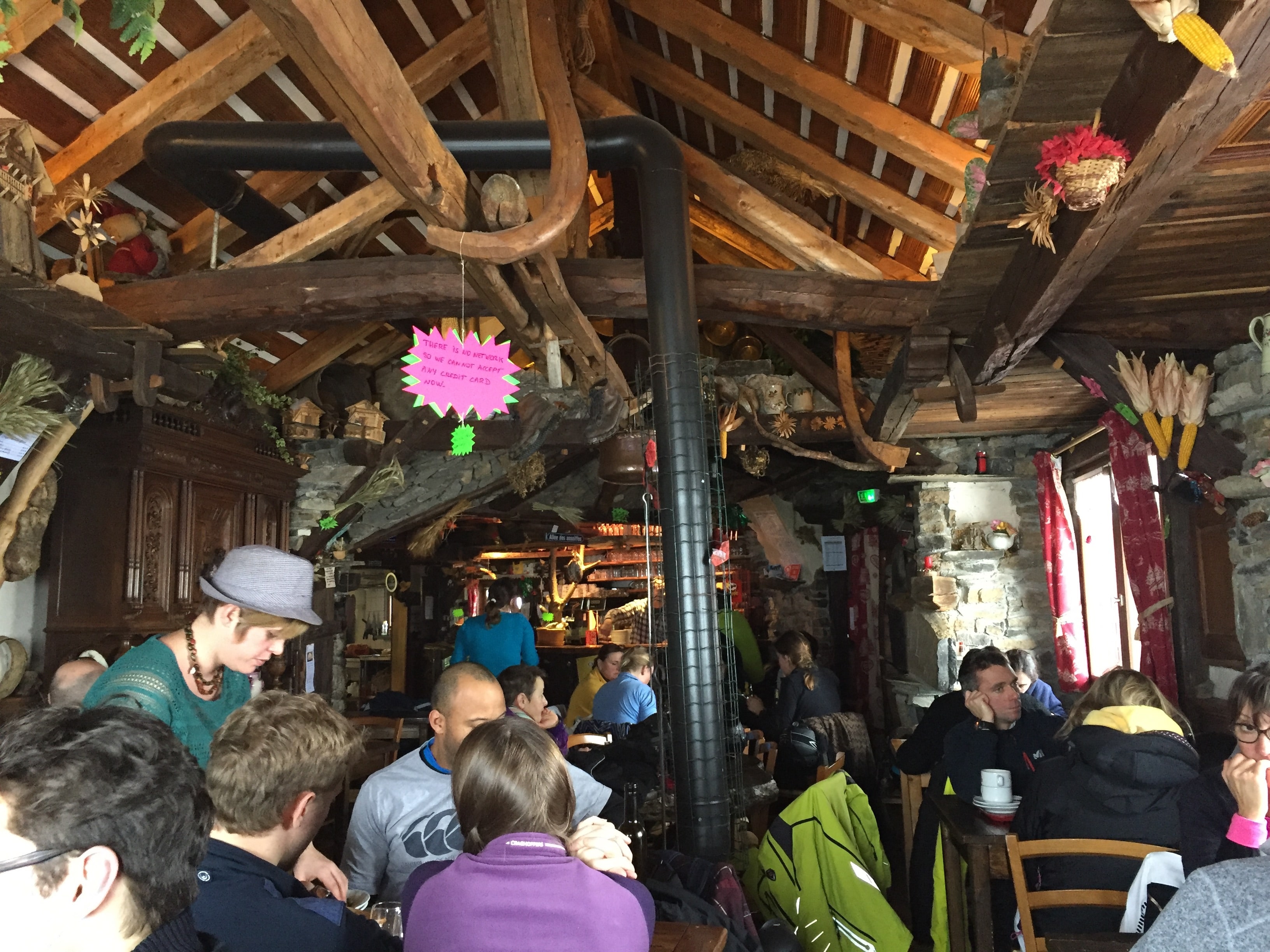 Torgon, Switzerland
From here, look for Torgon signs and follow the drag lifts. The advantage of Torgon is it’s generally a great place to escape the busy crowds during the peak season and there are some spectacular views. On a clear day you may be able to take a quick walk up to the top and admire views of Lake Geneva. If the snow is good and time is on your side, you have the option to ski down to Chapelle D’Abondance. This is one of the furthest points you can reach from Morzine and Avoriaz. While in the area, look out for La Bourri restaurant, one of the best restaurants in Torgon. It serves excellent, traditional cuisine and has an authentic feel and warm Swiss atmosphere.

Morgins, Switzerland
Next you can head to Morgins, a charming Swiss village next to Châtel. There are lots of drag lifts so just keep following the signs to Morgins. (It’s not worth going to Morgins if the snow isn’t great so double check this before setting off.) There are some lovely red and blues runs to try out. You can also stop for a coffee or a bite to eat in Morgins. We like Chalet Neuf which you may spot while on one of the long drag lifts. Keep a look out for the stunning views of the Dents du Midi mountain range. In Morgins, walk across the road and take the Foilleuse chairlift and ski down to the Bochasses chairlift.

Les Lindarets, France
At the top of the Bochasses lift, you can ski along the blue to the Aiguille des Champeys chairlift which leads to the Pointe de L’Au. Head for Les Crosets next and you can either aim for the Mossettes chairlift and ski to Lindarets or aim for the Grand Conche chairlift and head for Avoriaz. Lindarets has some lovely restaurants to choose from, look out for Le Chaudron for traditional food served by friendly staff in a perfect setting. 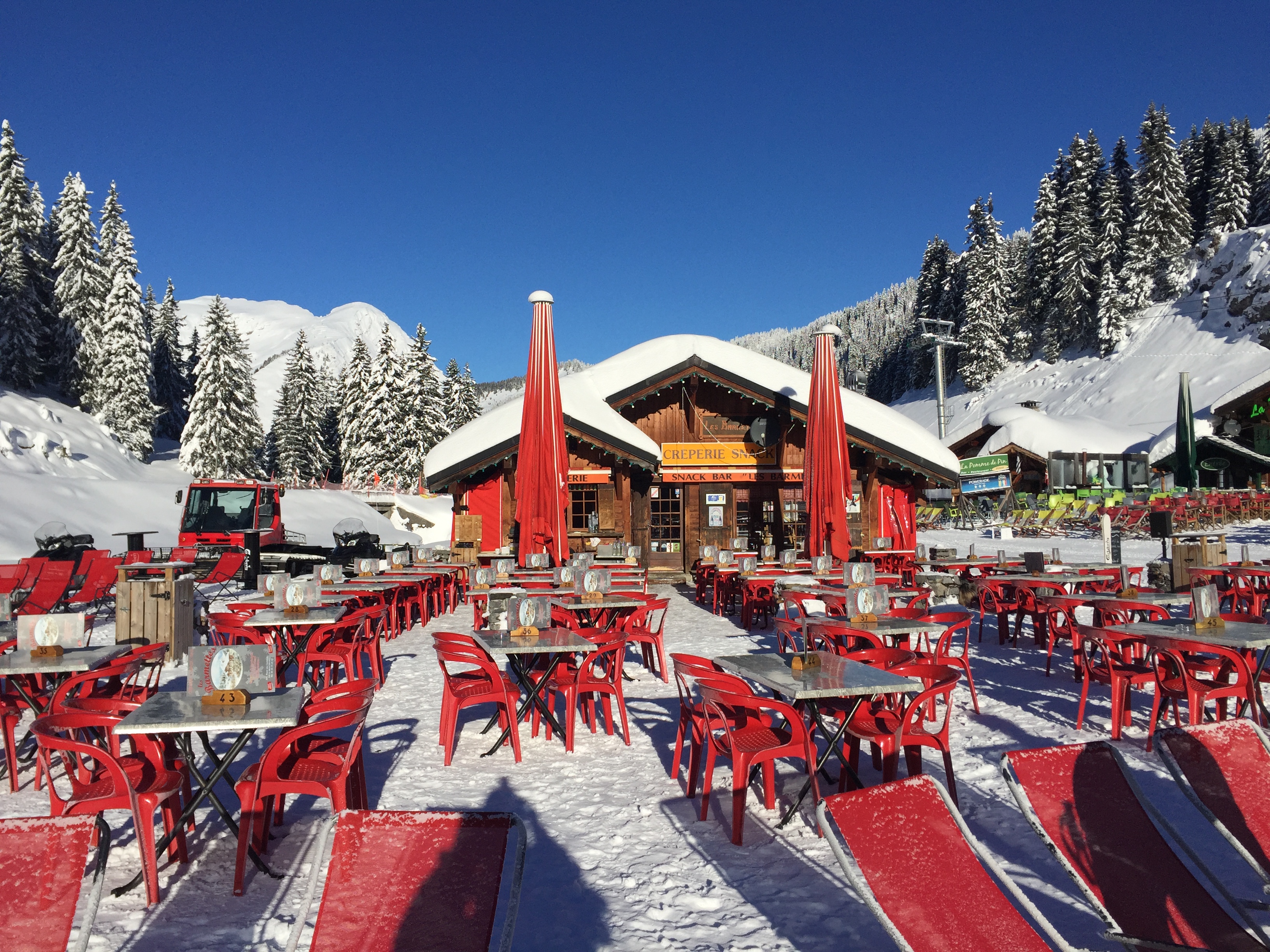 Take a break in Les Lindarets