AN INSIDER’S GUIDE TO MORZINE 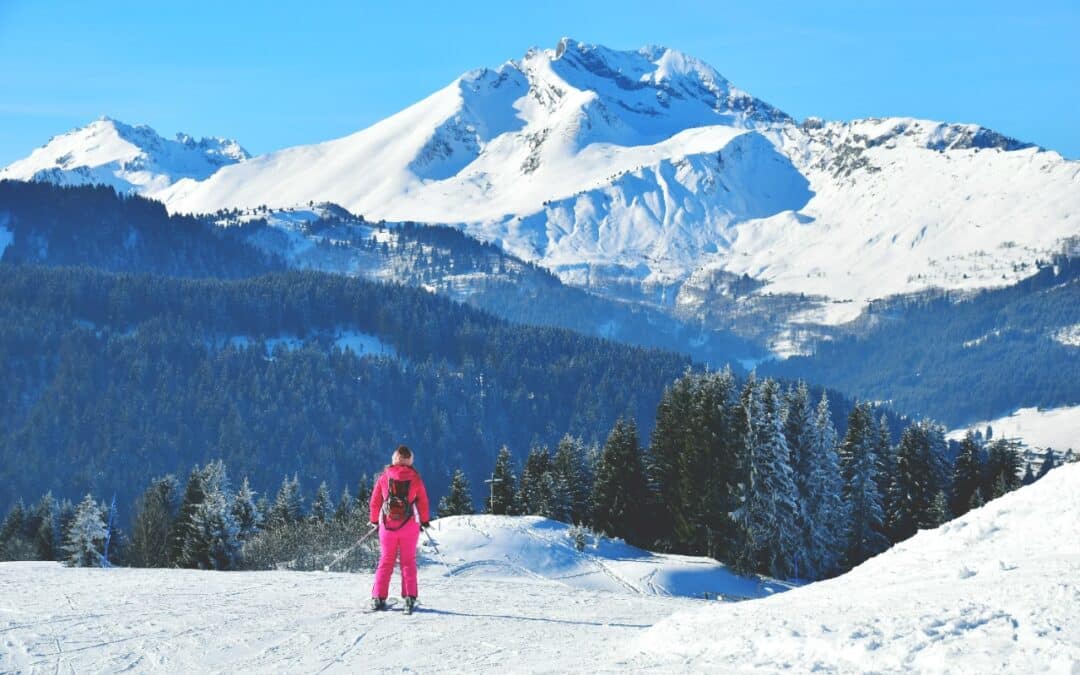 Morzine is situated in the middle of the Portes du Soleil, one of the largest linked ski resorts in the world. The town is great place to base yourself for a ski holiday but how much do you know about the resort? We’ve done the hard work for you, so check out our handy guide if you’re planning to visit.

MORZINE SKI RESORT HAS A SHORT TRANSFER FROM GENEVA AIRPORT

One of Morzine’s best assets is that the resort is easily accessible from Geneva Airport. This town is located just 90 minutes away, which makes it a very convenient place to ski, because no-one enjoys spending 3-4 hours on a long bus transfer! It’s also quite easy to reach by car if you plan to drive from the UK. People love Morzine’s authentic charm and traditional Savoyard character. With the whole Portes du Soleil ski area on your doorstep, with a bit of planning you can even pop over to ski in Switzerland and ski for the day.

BEST BARS AND RESTAURANTS IN MORZINE

Morzine is a bit of a party town and offers a great variety of bars and restaurants. Le Dixie Bar is a popular place with pool tables, games and sport on the big screens. In the evenings, there is often live music. Another popular spot for après in Morzine is by the Plenny cable car at the bottom. There are live DJs through the week and the bar outside serves drinks and shots. For anyone who wants to sit outside, there’s outdoor heating and rugs to keep you warm. You can also get a bus or taxi up to the Prodains lift for a night out in nearby Avoriaz too.

La Ferme de la Fruitière has a wonderful fireplace and oodles of local cheese specialities. Look out for the Berthoud, simply delicious. Keep an eye out for the local cheeses (Abondance, Tomme and Reblochon) which can often be seen maturing in the cellar of the cheese dairy next door.

WHEN TO SKI IN MORZINE

The altitude is low at around 1000m but Morzine offers access to the whole Portes du Soleil including Avoriaz and Les Gets. The winter season starts around the middle of December and can last until April. Some years, the lifts open early which obviously depends on the snow conditions. How much snow you can expect, depends on the month you choose to go. December and January generally have fresh snowfall and January’s added bonus is, it tends to be quieter. February snow can be great but it coincides with the school holidays so avoid this month if you don’t have children. Blue skies and sunshine are generally a safe bet in March and April.

LOTS OF ACTIVITIES FOR NON-SKIERS IN MORZINE

If skiing or snowboarding is just not your thing, there are lots of other options. There’s an aquatic centre, outdoor and indoor ice skating rinks, places for coffee stops, and a decent selection of clothes shops plus a supermarket. Non-skiers can also try snowshoeing, tobogganing, yoga, pilates or go to the gym. You can even jump in a horse-drawn carriage or go husky sledding in nearby Avoriaz.

In Morzine, there’s a large selection of accommodation to suit all budgets. From catered chalets, to self-catered apartments and hotels. Although there are not many ski-in-ski-out options in Morzine, Chalet Morzine looks to be quite central. Hotel Club le Cret is another popular choice for its quiet location and handy transport to the ski-stations.

SKIING IN MORZINE IS SUITABLE FOR ALL LEVELS

A popular choice with the British, Morzine town is nestled in the Haute-Savoie region of the French Alps. It’s one of the 12 French and Swiss resorts that make up the larger Portes du Soleil. The Morzine ski resort is made up of three areas: Pléney/Les Gets, Nyon and Chamossière and the larger area of Super Morzine and the huge Portes du Soleil.

Families, groups of friends and beginners love Morzine and nearby Les Gets. The two resorts have a great reputation for beginner and intermediate skiers. Many mixed ability groups and families head here to enjoy their ski trips. The local pisteurs do a fantastic job grooming the pistes so that you can enjoy the best possible conditions. At the end of the day, there’s an easy blue run to ski back down into the village.

Morzine: Located between the mountains and forests, Morzine offers access to the Portes du Soleil. This is an incredible 650km area of ski slopes suitable for beginners, intermediates and expert skiers and snowboarders. In the summer season, it transforms and plays host to hikers and mountain bikers who love to explore the wilderness.

Pléney: Beginners can enjoy Morzine’s Pléney area which offers lots of wide slopes. These are great for perfecting turns on the many green and blue runs. There are 69 runs, three are greens and 29 are blues. These tree-lined slopes are near the Pléney lift and great for beginner and intermediate skiers and snowboarders.

Les Gets: This is a smaller village linked to Morzine and offers some great tree lined slopes. There’s a free ski train in Les Gets so it’s easy to get to the ski lifts. It’s also a natural sun trap with a few restaurants and bars nearby. Children love the ski park with its totem poles and American Indian decorations. There’s also a wonderful enchanted night walk through the woodland called “Alta Lumina.”